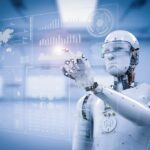 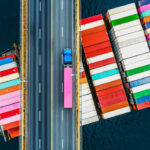 Why It’s So Hard to Map Global Supply Chains

Supply chain disruptions in the last decade have generated lots of recommendations for companies to map their supply chains, identify sources of the most costly risks, and then take steps to mitigate them.

From the Harvard Business Review

Summary. Supply chain disruptions in the last decade have generated lots of recommendations for companies to map their supply chains, identify sources of the most costly risks, and then take steps to mitigate them. But a study of industries’ supply chains for…

The first is the lack of upstream visibility remains the Achilles heel of supply chains. Firms often do not know their suppliers beyond those in Tier 1 and are thus prone to shocks in the upstream supply chain.

The second is the supply chain of each firm is not isolated but is connected with other supply chains in a vast global network. This reality was made painfully apparent by the continuing shortages of semiconductors, when companies in different industries (e.g., automotive and consumer electronics) found themselves vying for chips from the same suppliers.

The solution to these problems requires not only gaining visibility into the upper tiers of a firm’s supply chain but also assessing which suppliers are prone to greater risk from the rest of global network.

Our study of this problem used a large public dataset of supply linkages in the economy compiled by Factset Revere. It enabled us to map more than 690,000 supply chain links across 47,390 firms in the global economy from 2003 to 2017. Although the dataset is at the firm level and does not capture specific product-level linkages, our study revealed lessons. In this article, we illustrate our key insights with an example of the supply chains from five major chip manufacturers to seven major automobile manufacturers. (The seven include the combined Fiat and Chrysler, which merged in 2014.)

Supply chains are webs or networks.

We found that supply chains are vast, dense, and dynamic. Between the five chipmakers and the seven automakers, there is an average of 90.5 intermediary firms each year. The average number of links that have to be traversed to go from a chipmaker to an automaker is 3.2. Moreover, there are multiple shortest paths from a single chipmaker to a single automaker in the same year (average = 7.9), and the majority of these links sit in different industries.

This supply network also keeps changing over time: A large number of links get disconnected and new links get formed each year. For example, there are only 14 intermediary firms that are common across the years of 2003 and 2017. Altogether, the collective network from 2003 to 2017 contains an astounding 416 intermediaries, 11,533 links, and 3,589 source-destination links.

The structure of this supply chain is not unique: For example, as these exhibits show, computer manufacturers’ supply chains for semiconductors had similar characteristics.

Gaining supply chain visibility in such a complex network is an enormously difficult undertaking. In fact, it is not practical for any single firm to unilaterally take on the mantle of exploring its complete upstream supply chain. If the most downstream firm works backwards, it would need a long time and considerable resources to explore its network tier by tier. Moreover, the dynamic structure of the supply network means that firms have to keep updating their knowledge of supply chains and reassessing their risks continuously.

Each firm’s supply chain is interconnected with the global supply network.

Semiconductor manufacturers supply chips to firms in a large number of industries. Indeed, we found that although the automotive industry is large, the seven car makers in our example collectively made up less than 5% of the pathways originating from semiconductor chip manufacturers. The remaining 95% of the pathways led to firms in other industries such as computer manufacturing and consumer electronics. Similarly, the automotive manufacturers source not only chips but also many other components, so that the semiconductor supply chain is a small part of their own vast supply chains.

This phenomenon increasingly characterizes supply chains of companies. As products have become more complex over time, they require components from an expanding set of new suppliers. As a result, supply chains have become more interconnected, making firms susceptible to shocks that originate in other industries. The effects of such shocks have long been studied in the academic literature on capacity-constrained supply chains. If demand suddenly increases or decreases in another industry, then it can affect the ability of suppliers to fulfill orders in one’s own industry. Particularly, in times of scarcity, these companies compete for valuable chips and components that use those chips.

Despite these changes, too often firms are focused on managing their buyer-supplier relationships as if they existed in isolation, ignoring the other firms that are connected with the same suppliers or the same buyers. Fortunately, the structure of the global supply network presents a solution to this problem.

The global supply network is fragmented into communities of firms.

Using community-detection methods from the computer science literature, we found that the global supply network consists of communities or clusters. We discovered that there were dense supply chain linkages among firms inside each community and different communities were loosely connected with each other.

In this network, all suppliers are not equal sources of risk. There are some that assume greater importance because they sit at the boundaries of communities, meaning that they are gateways across communities and a disproportionate number of pathways pass through them. Such firms are called “high betweenness firms.” Our analysis of the global network identified these firms, and they are remarkably stable over time. Typically, these suppliers are distributors or manufacturers that have diverse industry representation among their customers.

This structure suggests a two-prong approach. In the longer term, a firm — either on its own or, as we suggested is more practical, in collaboration with its Tier 1 suppliers — might establish a system for continuously mapping its supply chain. But in the shorter term, it might want to begin by trying to work with high-betweenness suppliers to gain information about its network. In fact, this strategy has become more relevant over time as the supply network has become more and more fragmented into loosely connected communities over the past two decades.

The effects of the Covid-19 pandemic, the subprime mortgage crisis, and other disruptions have shown how critically important it is to ensure the health of supply chains. Our study shows that firms, when managing their supply chains, need to keep in mind their connections with the larger network. The same methods based on graph theory in computer science that are used to analyze social networks, internet network attacks, and traffic flows are also useful to measure risk in our critical supply chains.

How AI Can Help Overcome the “Great Supply Chain Disruption”